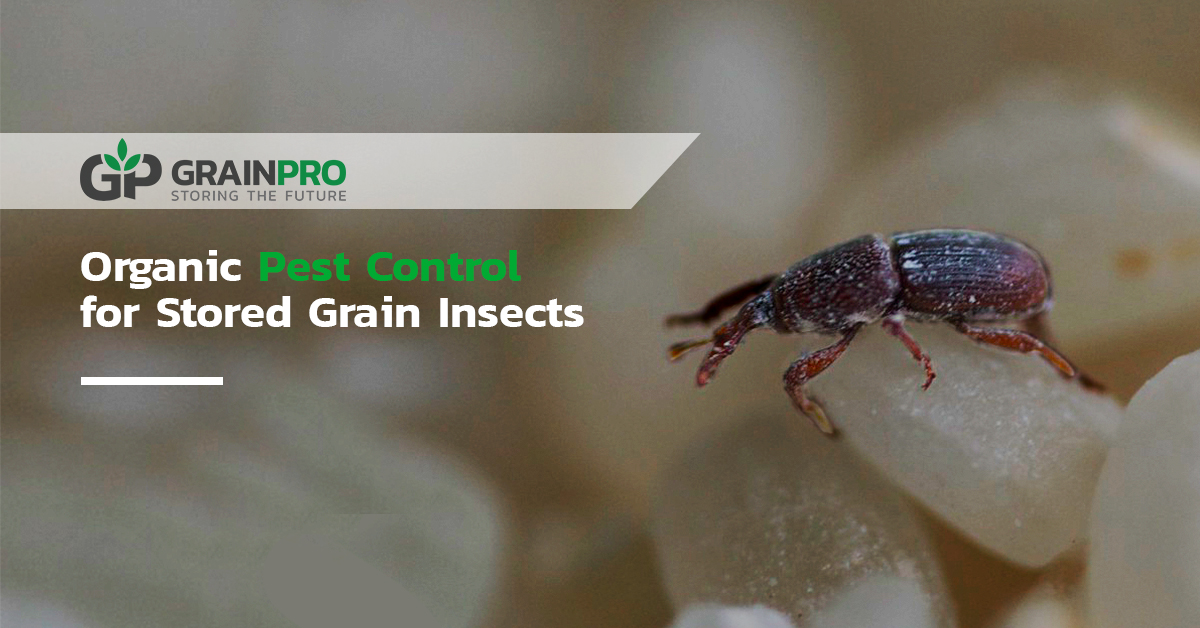 Stored grain pests account for a significant amount of loss every year in the agricultural sector. Handlers of dry agricultural commodities know the extent of damage that these various insects can bring, such as the lesser grain borer’s tendency to decimate stored grains or the rice weevil’s ability to render nutritious rice as inedible. Whatever the pest may be, farmers and traders strive to find solutions in order to prevent such from happening.

Today, one common practice is using chemical fumigants to treat stored commodities such as grains. Initially, a favored technique was the use of carbon disulphide or hydrogen cyanide to eliminate insect pests in the products. However, these chemicals have recently been phased out due to the dangers that these chemicals pose because of their high toxicity levels.

Instead, safer and less toxic chemicals were introduced used, such as  methyl bromide and phosphine. These chemicals are released as gas the commodities in storage   to keep infestations at bay.

Insect resistance against these chemicals, however, has been known to be increasing, according to data from the Food and Agriculture Organization (FAO) of the United Nations (UN). Though marginal in current applications, the continuous increase of insect resistance poses a serious problem for the future use of toxic fumigants as a way to control insect infestation . In addition, improper use of methyl bromide or phosphine can lead to adverse health risks such as respiratory difficulties.

In the last decade the use of methyl bromide has been severely restricted due to the negative impact on the ozone layer and as a matter of fact, this fumigant can rarely be used anymore, although there is a “black market” in some developing countries for this chemical.

Organic products can only be treated with non toxic methods such as treatment with carbon dioxide or nitrogen, pressurized CO2 or deep freezing.  Controlled atmospheres with CO2 or N2 are the most popular way of treating organic products.

Read more about it: All You Need To Know About Hermetic Storage

The commodities are placed in a gas tight structure made of flexible plastic material with a low gas permeability rate.  Carbon dioxide is then inserted using the “flushing method” whereby gas is inserted at high pressure and in a large quantity, to expel air from the gas tight structure.

The commodity is thus exposed to a high (up to 80%) concentration of CO2 which typically will eliminate all stages of insect development in some ten to twelve days, provided the temperatures are favorable (more than 20°C)

GrainPro is a world-leading provider of hermetic storage and is an expert in the concept of using controlled/modified atmosphere as a solution to problems such as insect infestation  in stored commodities. Such solutions include pest control of organic products among others.

Read more about it: Blending Hermetic Technology and CO2

To learn more about the features and applications of hermetic storage, click the button below.