5 Storage Pests to Keep Out of Your Warehouse 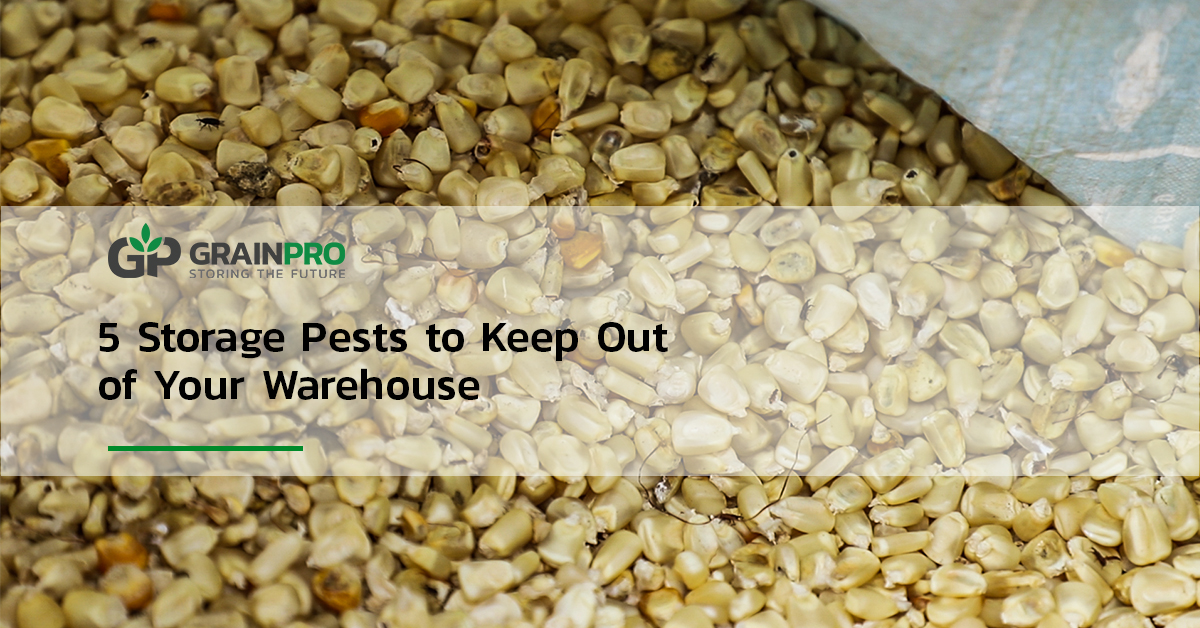 Whether you know it or not, you’ve probably eaten insects and bugs many times.

These critters inevitably get mixed into our food, but we shouldn’t be bothered by this. According to the US Food and Drug Administration (FDA) regulations, it’s perfectly safe to have some insect parts mixed in while food processors are manufacturing our daily sources of nourishment.

But there are instances when we just don't want insects in our food, especially if those insects damage our food in storage. These insects are known as storage pests and can deliver substantial damage to stored food such as flour, grains, and maize.

So, here 5 insects you definitely want to keep out of your storage space:

Read more: How to Prevent Rice Weevils in Commodities

These insects, as well as other kinds, contribute to the damage that causes the loss of up to 1/3 of all produced food yearly. Farmers and food processors try to control insect infestations by using pesticides and fumigants in storage areas but find several challenges.

One challenge is the increasing pesticide resistance of these storage pests. Simply put, the said resistance of insects develops when insects pass on genetic characteristics that allow their offspring to become immune to a certain pesticide. This commonly occurs because of the prolonged use of one specific pesticide that the insects eventually get used to.

Using pesticides in stored commodities has another drawback. Usually, these chemicals only kill off adult and larval insects but leave eggs to hatch and develop into new adults. This renders treating the stored food with fumigants and pesticides useless because infestations will simply occur again.

Another challenge that food producers and manufacturers face is the hastened spread of storage pests due to increasing global temperatures. It's been observed that warmer temperatures can cause increased insect activity and even allowing these bugs to thrive in previously inhospitable areas.

Alternative solutions are currently being used to control insect infestations. One such solution is the use of hermetic storage, wherein a modified atmosphere is created to deprive oxygen needed by the insects. This is done by sealing off a storage container and ensuring a carbon dioxide-rich environment inside.

By using carbon dioxide, killing off storage pests is an easier and safer task. Because this is a natural gas, applying carbon dioxide inside hermetic storage is also considered as an organic pest control treatment.

GrainPro's solutions follow this simple concept to ensure the safety of stored agricultural commodities. The hermetically sealed storage that GrainPro has developed provides sure protection that can also preserve quality. Insects are eliminated and damage due to infestations can be prevented. This, in turn, guarantees that food loss will be avoided.

Learn more about GrainPro's solutions and how they can help your agricultural business by clicking the button below.

Read more: Hermetic Storage, What It Is & How to Use It