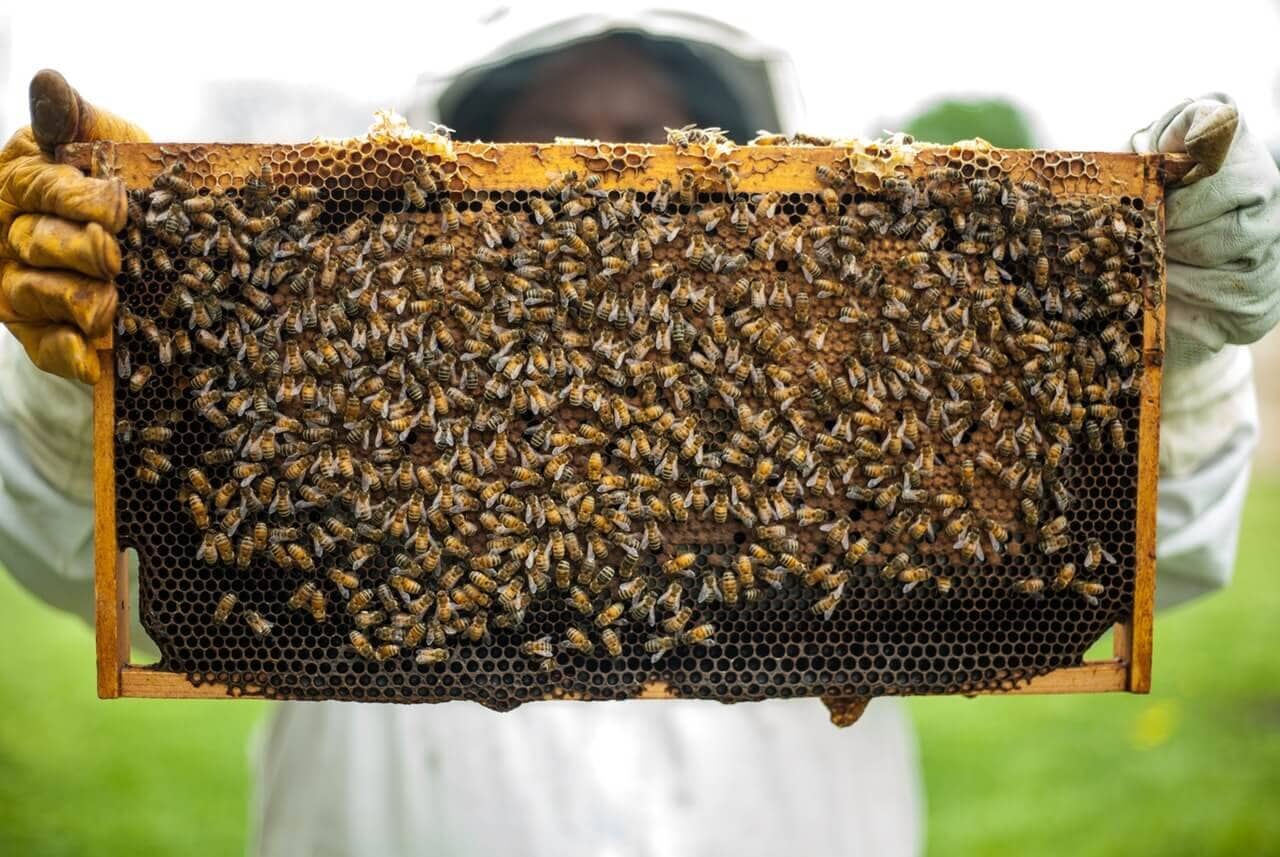 Bees are an essential part of the global ecosystem as pollinators and providers of honey, which is a high-valued commodity used in countless ways. Thus, the decline in bee populations over the years has caused alarm and deep concern not only among environmentalists and scientists but to the general public as well.

Experts have speculated that if bees were to go extinct, insect-pollinated crops such as coffee, cocoa, vanilla, various kinds of beans, numerous fruits, and vegetables will see a major decline in production. This could trigger economic slumps and possibly food crises in many parts of the world. As a result, precautions to take care of bees and their habitat have increased over the years. One such concern is addressing the safety of bees from pests, such as the greater wax moth (Galleria mellonella).

The greater wax moth is considered as a pest insect that damages honeycombs by eating the wax material that the combs are made of, and thus its name. Female wax moths lay clumps of eggs within the crevices of the beehive, maximizing larval survival. Greater wax moths live at optimal temperatures of between 29°C to 33°C, in which eggs hatch within 3-30 days, depending on the temperature. The larvae then proceed to eat and live in the honeycombs, destroying those in the process. Webs of silk threads are spun by the moth larvae, sometimes inadvertently trapping and killing bee pupae inside combs, a condition called Galleriasis. At about 30 days, the larvae then proceed to pupation, wherein they spin a cocoon and is encased for a period spanning 1 to 9 weeks. The adult then emerges and lives for about 12 to 21 days.

Due to the destructive nature of the greater wax moth, beekeepers and handlers are forced to use harmful fumigants like sulfur dioxide to keep the pests at bay. It is sprayed directly onto the infested supers. However, this technique is ineffective in eliminating the eggs of the greater wax moth and beekeepers would need to repeat the fumigation after two weeks. Another chemical used to fumigate hives is phosphine, which can easily be bought at agrochemical stores but can cause serious health issues if not handled properly.

Because of the hazards that fumigation can cause, more and more beekeepers and honey-lovers are searching for ways to organically and safely protect hives from pests.

One way of doing this is by storing unused and/or infested hives in hermetic technology. In a recent test carried out by Green Storage Ltd., infected hives stored in GrainPro’s Cocoon Indoor were proven to be effectively protected against greater wax moths. The stored hives were also flushed with a natural gas, carbon dioxide, to ensure that the insects would not have enough oxygen to survive.

Because of the air-tight and moisture-tight barrier properties of the Cocoon Indoor, the eggs, larvae, pupae, and adult greater wax moths were eliminated during the testing period. This resulted in a safe, chemical-free method of controlling greater wax moth infestations in stored beehives.

To know more about Ultra Hermetic™ technology, click the button below.

How to prevent rice weevils in your commodities