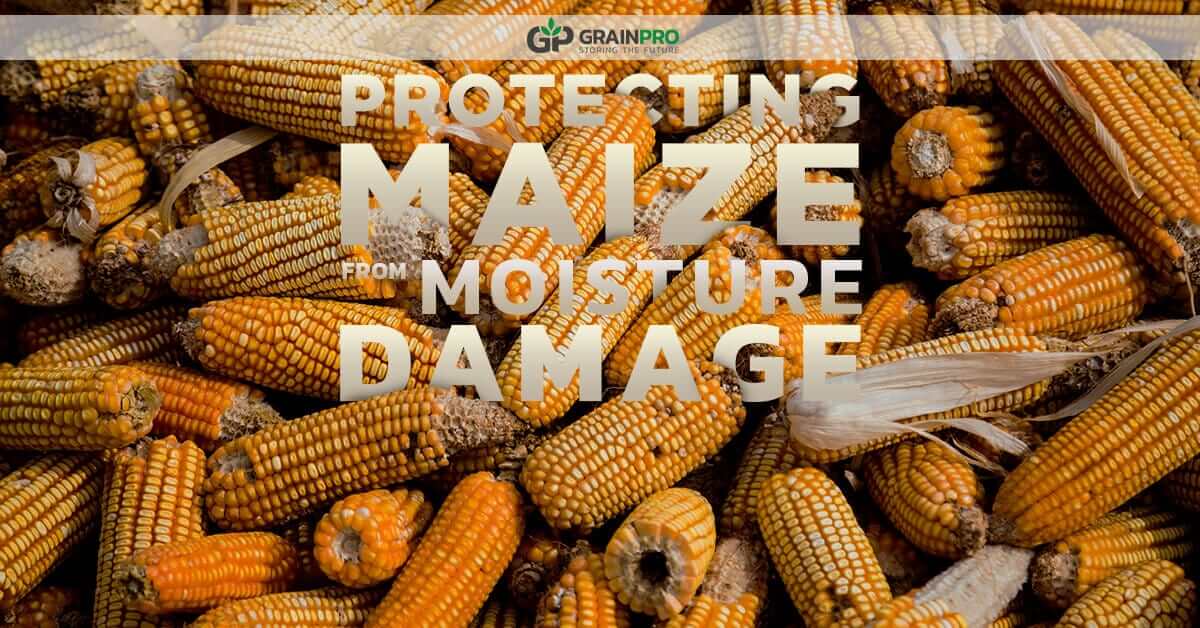 As the third most widely cultivated crop, maize is a crucial commodity in many countries. In fact, 700 million metric tonnes of maize are produced each year, with USA, China, and Brazil as the top three countries to do so. With this, it is important to know how to handle this precious crop to protect itfrom damage or loss during post-harvest stage particularly in storage.

Maize, also known as corn, is an important source of sustenance for millions of people that there are now countless different ways it can be consumed. It can be grilled, boiled, popped, buttered, made into cornbread, grits, flour, and even beer. Its oil is used in making jams, jellies, and sweets as well as an additive for cane sugar and various syrups. Corn oil is, of course, also used in cooking. The diversity of cultures and peoples depending on maize is truly quite large.


Losses due to moisture

Despite its importance, producers, manufacturers, and traders are known to lose about up to 30% of their maize during post-harvest handling and processing. Part of the cause of this massive loss is due to moisture.

External moisture, possibly caused by erratic weather at harvest due to climate change, can damage the maize, translating to quality and quantity degradation. Sudden rains can cause re-wetting of the maize. Creating climate resilient post-harvest management systems is a necessary step in addressing such causes of crop loss.

Climate change has also caused flash floods that threaten to damage stored maize. This is especially true for smallholder farmers who do not have access to more secure storage facilities such as warehouses or silos.

When it comes to warehouse and silo storage, however, moisture can still damage maize due to high levels of relative humidity. The moisture that maize absorbs may also cause fungal growth and damage.

Mold growth can be a detriment to the health of both humans and animals that consume products tainted by it. Various studies have proven that mold may carry toxic substances such as aflatoxin and ochratoxin, which are carcinogenic and can cause birth defects. Damage to internal organs, particularly the kidneys and liver, can also be caused by aflatoxin and mycotoxin.

Moisture can do harm to maize, resulting in farmers, traders, and manufacturers losing profit. Maize is sold at higher prices if the quality grade is optimal. This won’t be possible if the quality is compromised by moisture damage. At the same time, having to take away the damaged maize leads to quantity loss.

To prevent damage due to moisture, maize must be dried so that the moisture content will be at a safe level for storage. This goes to all agricultural commodities, and maize’s safe moisture content level is at about 13% to 14%. Taking this step ensures that the maize will not contain excess moisture that would lead to mold growth.

Storing the maize in areas with low relative humidity can also prevent moisture damage. Making sure that storage facilities stay dry requires logistical and operational expenses, but well worth the money because producers and traders can save much more in the long run by preventing post-harvest losses.

Another way to prevent moisture damage to maize is by storing it in hermetic storage units. Such are GrainPro’s hermetic solutions which are moisture-tight due to protective barrier covers. Opting to use hermetic storage prevents losses due to moisture in a cost-effective manner.

Learn more about hermetic products by clicking the button below.

For more information about our privacy practices, if you have questions, or if you would like to make a complaint, please contact us by e-mail at customercare@grainpro.com or by mail using the details provided below: 200 Baker Ave., Suite 309, Concord, MA, 01742, United States